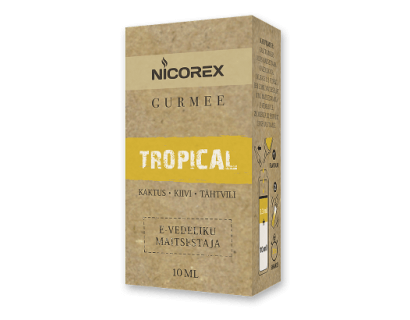 Straight from the tropics! The new e-liquid aroma in the Gurmee range, Tropical is an exclusive mix made from kiwi, cactus and star fruit.