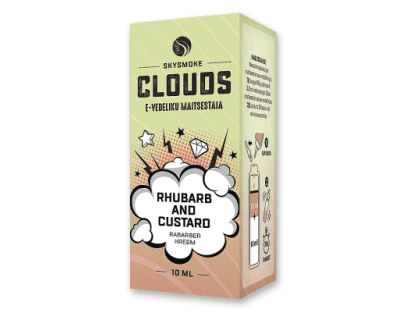 Sweet custard, which has been infused with the right amount of fresh and a little bit sour rhubarb.